When agency Roorda and the Ministry of Transportation asked us to work with them on the upcoming campaign promoting the use of bike lights with a BMX film, we raised an eyebrow. There are so many cool BMX films online, what would make ours so special? Also, what would the connection be between cool BMX bikers and dull bike lights? But we decided to rise to the challenge anyway.

Idea #1: not using ordinary bike lights but lighten up their bike completely with neon beams. Idea #2: end the film with a stunt no one, not even BMX fans, had ever seen before. Jackie Chan’s famous free-falling slide down the Rotterdam Willemswerf in one of his films was our inspiration for this stunt.

Within 2 weeks, over 2,000,000 Dutchies had seen the film. The international BMX scene was even engaged and that is a huge compliment. The film eventually got over 7,5 million views. In parallel with this crazy film (shot in only 1 night) we organized BMX events in 4 cities showcasing stunts on the lighted bikes. The campaign became one of the most successful government virals in The Netherlands.

The German TV station ProSieben came visiting us. They thought we made this film without post-production, and tried to copy us. Not so smart. 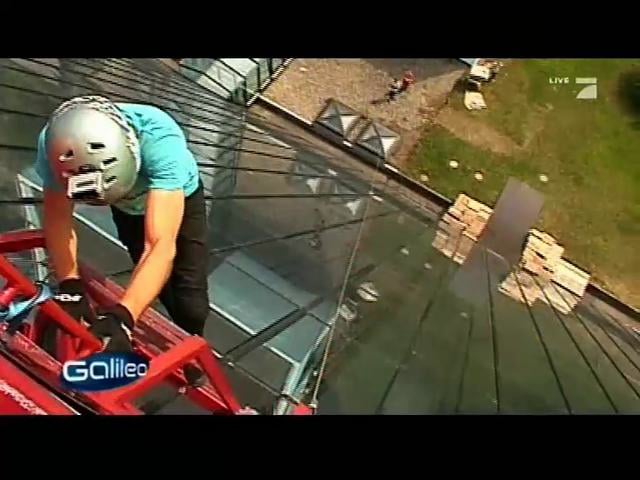 A successful film about failure

I spy with my little eye