For years, the issue of online identity hacking was not taken seriously. But when Freek’s online profile was hacked causing dire consequences for the young boy, the My Child Online Foundation, an organization fostering social media literacy, launched a bold campaign that forced politicians and, consequently, social media companies to take immediate action.

13-year-old Freek was a victim of online identity hacking: bullies stole his picture and his personal information to create fake accounts on social media. These profiles had thousands of fans but when Freek’s real identity was unveiled he started being violently harassed and threatened. Freek asked Facebook and Twitter to delete the bogus profiles but got no answer.

Our video, commissioned by The My Child Online Foundation, clearly illustrates the real life consequences of digital manipulation. Kids find the foul language and shocking images unsettling: this is who they think Freek is and this is who he will always be in the digital world for internet users, new acquaintances and even potential employers.

On the day the film was released online, the Dutch press covered Freek’s story and it headlined primetime NOS News and NOS Jeugdjournaal (news for kids), thereby reaching over 3.500.000 people. Within days, Dutch MPs submitted a motion to the government. The case was even discussed at a EU conference. Within a week, social media companies like Facebook and Twitter were forced to delete all fake accounts and create a sustainable policy for any future cases of identity hacking.

This casefilm explains the problem of Freek, and how the film contributed to a sustainable solution. 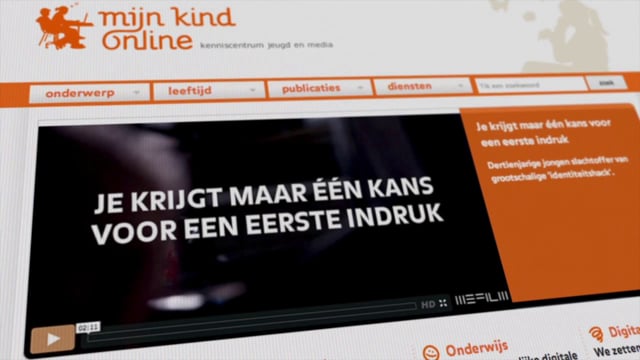 On the day of the online release, the primetime NOS Journaal opened with the case of Freek.

The NOS Jeugdjournaal is the daily news for Dutch children. An easy-to-understand TV item.

Good things don’t come to those who wait